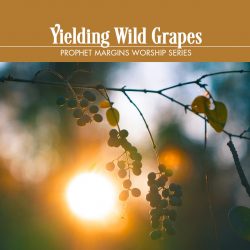 1st Scripture Reading – Matthew 20:1-16
The Parable of the Workers in the Vineyard
1 “For the kingdom of heaven is like a landowner who went out early in the morning to hire workers for his vineyard. 2 He agreed to pay them a denarius for the day and sent them into his vineyard.

3 “About nine in the morning he went out and saw others standing in the marketplace doing nothing. 4 He told them, ‘You also go and work in my vineyard, and I will pay you whatever is right.’ 5 So they went.

7 “‘Because no one has hired us,’ they answered.

“He said to them, ‘You also go and work in my vineyard.’

8 “When evening came, the owner of the vineyard said to his foreman, ‘Call the workers and pay them their wages, beginning with the last ones hired and going on to the first.’

13 “But he answered one of them, ‘I am not being unfair to you, friend. Didn’t you agree to work for a denarius? 14 Take your pay and go. I want to give the one who was hired last the same as I gave you. 15 Don’t I have the right to do what I want with my own money? Or are you envious because I am generous?’

2nd Scripture Reading – Isaiah 5:1-7
The Song of the Unfruitful Vineyard
1 I will sing for my beloved
my love song concerning his vineyard:
My beloved had a vineyard
on a very fertile hill.
2 He dug it and cleared it of stones
and planted it with choice vines;
he built a watchtower in the midst of it
and hewed out a wine vat in it;
he expected it to yield grapes,
but it yielded rotten grapes.

3 And now, inhabitants of Jerusalem
and people of Judah,
judge between me
and my vineyard.
4 What more was there to do for my vineyard
that I have not done in it?
When I expected it to yield grapes,
why did it yield rotten grapes?

5 And now I will tell you
what I will do to my vineyard.
I will remove its hedge,
and it shall be devoured;
I will break down its wall,
and it shall be trampled down.
6 I will make it a wasteland;
it shall not be pruned or hoed,
and it shall be overgrown with briers and thorns;
I will also command the clouds
that they rain no rain upon it.

7 For the vineyard of the Lord of hosts
is the house of Israel,
and the people of Judah
are his cherished garden;
he expected justice
but saw bloodshed;
righteousness
but heard a cry!